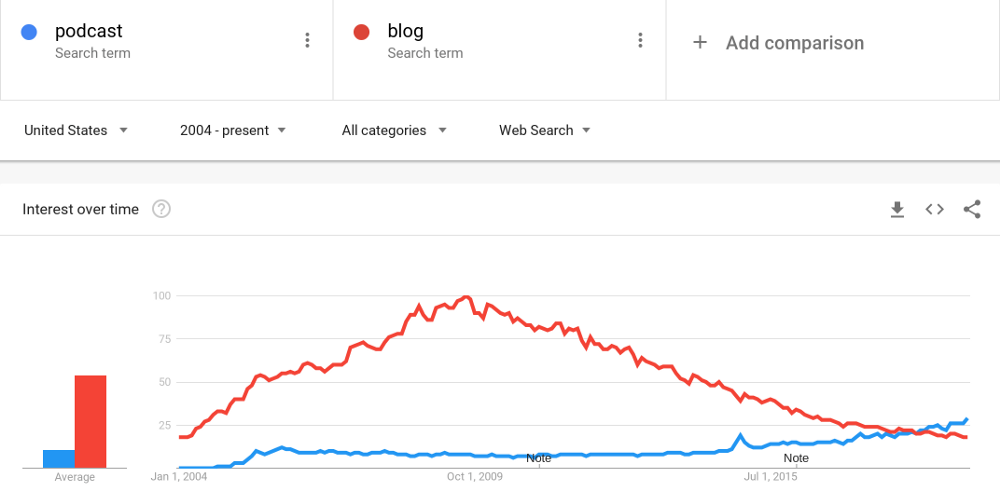 Not Playing the Numbers Game

“How many listeners will we get?” That’s normally first question I get when discussing a planned podcast with a client. It’s a seemingly simple query that doesn’t have a straightforward response.

The correct answer consists of another couple of questions: who is your intended audience, and what is the intention of your podcast?

The initial question comes from the mistaken belief that the mark of success is to be judged solely on the size of the audience. This oversimplifies how podcasts work and how they can make their presence felt.

There’s no doubt that we are in the midst of the golden age of podcasts and that online audio has the capacity to draw massive audiences. ‘The Daily’ from the New York Times gets over 7 million listeners a month, and earlier this year ‘Stuff You Should Know’ topped the one billion mark (!) in total downloads. But there are tens –  if not hundreds –  of thousands of other podcasts that are lucky to get any listeners beyond the host and a couple of die-hard followers.

In-between these two poles lie the ‘niche podcasts’. These are made for distinct audiences with specific interests. Listener numbers aren’t their primary mark of success; instead their impact is judged on whether they have reached the intended target group and generated interest.

Last year, we undertook a project for The Nordic Council of Ministers (NCM). We made a three-part series ‘Think Nordic!’, aimed at an audience – mainly in Europe –  of policy makers, NGOs and others, interested in issues around sustainability. The objective was to use the podcasts to highlight the NCM’s work to this specialist audience, and to raise the organization’s  profile at a key moment in policy discussions.

The programmes were recorded in front of a live audience at the COP24, global climate change conference in Poland. The ‘event’ of the podcasts was designed to take advantage of the presence and interest of attendees at the conference. We followed up the recordings with a promotional campaign via Twitter, as well as a limited and highly targeted paid campaign on Facebook.

As a direct result, over 15,000 people visited the Think Nordic Page and the Facebook campaign generated over 40,000 impressions. The final total of those who downloaded the podcasts was around 1000. The number of listeners may appear modest, but through the promotional efforts and the increased traffic to the NCM’s website, the series generated considerable awareness for the NCM among a key constituency.

The lessons are clear: impact must be judged in terms of overall effect, not just raw listener numbers. The audience size itself is only important when viewed in relation to the targeted group, and if that group was reached through the podcast itself and associated publicity. Podcasts can be the sweetener that draw attention to an organization and promote its position as a thought leader.

There are a number of factors that are vital to ensure the success of niche podcasts. The actual programmes must be well-made, relevant, informative and above all, entertaining. In addition, the best programmes will languish without an audience if considerable thought and effort aren’t invested in letting potential listeners know that the podcasts exist and that they are easily accessible.

Organizations must have a carefully considered promotional campaign and must put their podcasts on the major platforms (Stitcher, iTunes, Spotify), as well as on their own websites. Podcasts must be accompanied – where possible – by photos, blogs and audio teasers or trailers. They also need to be on a hosting platform (e.g. Simplecast, Buzzsprout, Libsyn, Podbean) that provide ease of use for listeners and provide the podcaster with decent analytics.

Not playing the numbers game is even more important as podcasts have become more ubiquitous. A recent study stated that the number of online searches in the US of the term ‘podcast’ has now surpassed those of the term ‘blog’.

There’s no doubt that podcasts are having their media moment with increasing numbers of programmes and listeners. Amid this audio free-for-all, it is vital that would-be programme makers ensure clarity for themselves about why they want to use podcasts, who they want to reach and how they are going to do it. That – rather than playing the numbers game – is the real route to success.