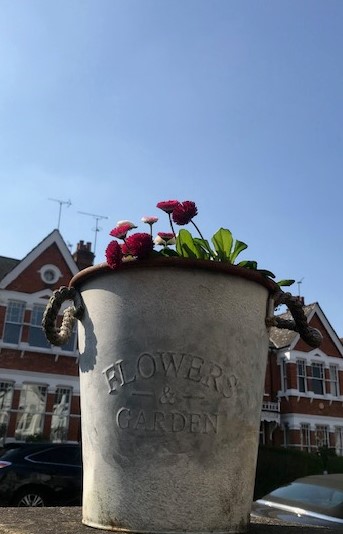 Following on from the last blog listing some diverting podcasts to take your mind off things, I am suggesting five more examples of programmes that will stimulate, smooth, amuse and engage – but not depress!

99% Indivisible – I can’t express what this podcast is about better than its own website which reads: ‘Ever wonder how inflatable men came to be regular fixtures at used car lots? Curious about the origin of the fortune cookie? Want to know why Sigmund Freud opted for a couch over an armchair? 99% Invisible is about all the thought that goes into the things we don’t think about — the unnoticed architecture and design that shape our world.’ It is presented by Roman Mars who embodies the relaxed cool and informative vibe of the show. In short, it offers an enlightening and fascinating perspective on the world around us.
The Sporkful – ‘It’s not for foodies, it’s for eaters’ is the programme’s tagline. Presented by the enthusiastic, chatty, funny, food-loving host, Dan Pashman. This podcast series uses food as the portal through which to delve into different subjects with engaging guests. Episodes have included the experience of a Korean video gamer bringing her native food to Americans, and another which asks, ‘Is sandwich Sexism Real?’, and investigates whether women are served smaller sandwiches than men in New York take-out restaurants. Appetizing and engaging entertainment for your ears!
The Ted Radio Hour – This programme offers food of another type – for the brain. It takes Ted Talks and curates them into sixty minute programmes under a single subject heading. Recent titles include: ‘Jump-starting Creativity’ and ‘Reinvention’. Excerpts from Ted Talks which relate to the title of episodes are supplanted by added interviews. The programmes are bound together by the personality and curious intelligence of presenter Manoush Zomorodi (the successor to Guy Raz, who fronts the also excellent ‘How I Built This’ podcast). The Ted Radio Hour lights up the cerebellum with cleverness and a lightness of touch.
Desert Island Discs – This is a perennially popular British radio institution that is also now a podcast. It began on BBC Radio almost 60 years ago and has run for over 3,000 episodes. A guest (drawn from the world of entertainment, arts, politics, science, public life and elsewhere) is interviewed by the presenter (currently the excellent Lauren Laverne) on the 8 discs and luxury item that would accompany them if they were stranded to a desert island. The show uses the music to break up and illustrate the interviews which are honest, revealing and original. (I recommend the recent episode with footballer Ian Wright as a stand-out example).
Answer Me This – Simple, funny and ridiculous are the best adjectives to describe this brilliant podcast hosted with razor sharp wit by Helen Zaltzman and Olly Mann (alongside sound-recordist, side-kick and husband to Helen, Martin Austwick). The format couldn’t be simpler: listeners send in questions that are answered by Helen and Olly. The submissions range from the unusual to the bizarre (examples include: how can you pass gas in bed without your girlfriend noticing, and why is a Mexican wave called a Mexican wave?). The presenters’ answers can be surreal, factual or profane but are always very funny. ‘Answer Me This’ is an intoxicating tonic for the soul.
Happy and diverting listening.